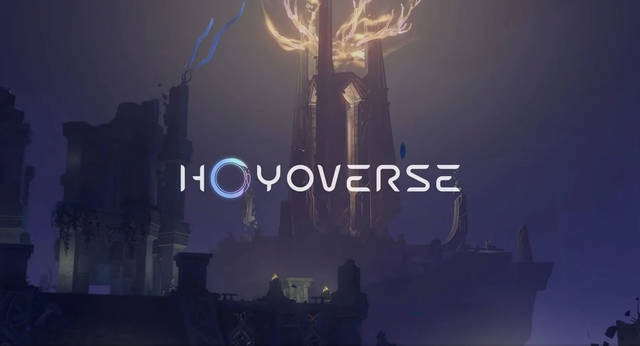 Let's get right down to it!

Before we look at the three new character previews I would like to mention Baizhu, Yaoyao, and Varka. These characters hsve been mention quite often by Hoyoverse. You can take a look in the Official Hoyoverse Discord to see some intersting interactions between the cast of characters.

Aso something to keep in mind is that both La Signora and Scaramouche have been added to the character previiew sectionof the Official Discord.,

◆ La Signora...
"The Fair Lady"
The Eighth of the Eleven Fatui Harbingers

◆ Scaramouche...
"Balladeer"
The Sixth of the Eleven Fatui Harbingers

"A message for you. I brought back a specialty from the desert, two packs of honeyed dates, which helps to replenish your energy, whether in the morning or at night. Thank you for your patience in teaching and taking care of Collei. Good luck with your work and best wishes for Collei's studies."

People who encounter misfortunes in the Avidya Forest are lucky to meet a Forest Watcher named Tighnari.\
But if you land yourself in trouble due to foolish antics, you might have mixed feelings meeting Tighnari.
Tighnari resolves problems quickly and professionally, but at the same time, he will give the other party a stern lecture.
As the saying goes, those who underestimate the rainforest will get taught a lesson by it, and those who underestimate a Forest Watcher will eventually face the teachings of the "Wilderness Survival Skills Lecture."

These are all rumors, but in reality, there is no need to be too stressed when encountering Tighnari. Anyone with a clear head will be able to comprehend his easy-to-understand explanations.
As for those who are set in their ways—

"What a pity, I majored in botany, and helping people grow a brain is not my area of expertise." 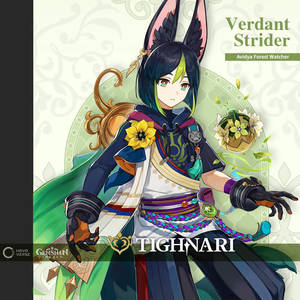 A trainee ranger active in Avidya Forest. Positive and optimistic, enthusiastic and kind.\
Collei is from Sumeru, but few people know about her experiences before she came to Gandharva Ville, and she herself never mentions anything about her past.
Perhaps because of Collei's pure gaze and earnest attitude, people saw her reserved demeanor as just part of her personality and did not shy away from her because of it.
The children of Gandharva Ville love to watch her sew dolls, and those who find themselves lost in Avidya Forest are willing to follow her back to safety.
Since her return to Sumeru, Collei has earned the trust and respect of the people with her actions.
But at night, when everything is dark, she sometimes thinks about those memories that she has buried away.
Even though everything is going well, she still hopes that she can work even harder and improve faster in the future.

—Only in this way can she overcome her past weak self as quickly as possible. 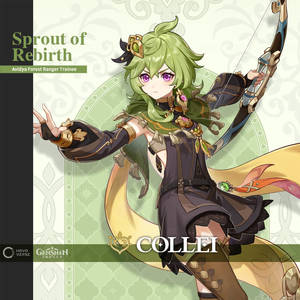 The unpredictable and elusive Dori seems to have an uncountable number of treasures.
As the most "resourceful" merchant in Sumeru, she has a way to get you anything you need, be it precious gems, rare herbs, and exotic items that no one has ever heard of.
Of course, this doesn't come at a small price. Dori always has a warm smile on her face when quoting you jaw-dropping prices.
Some people see her as rain after a long drought, one that brings timely relief, while others regard her as an unscrupulous merchant who takes advantage of the situation.
But all this chatter doesn't faze Dori in the slightest. The only thing that echoes in the Palace of Alcazarzaray has always been the crisp sound of Mora tinkling. 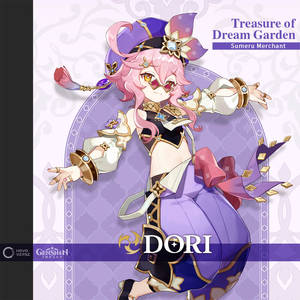