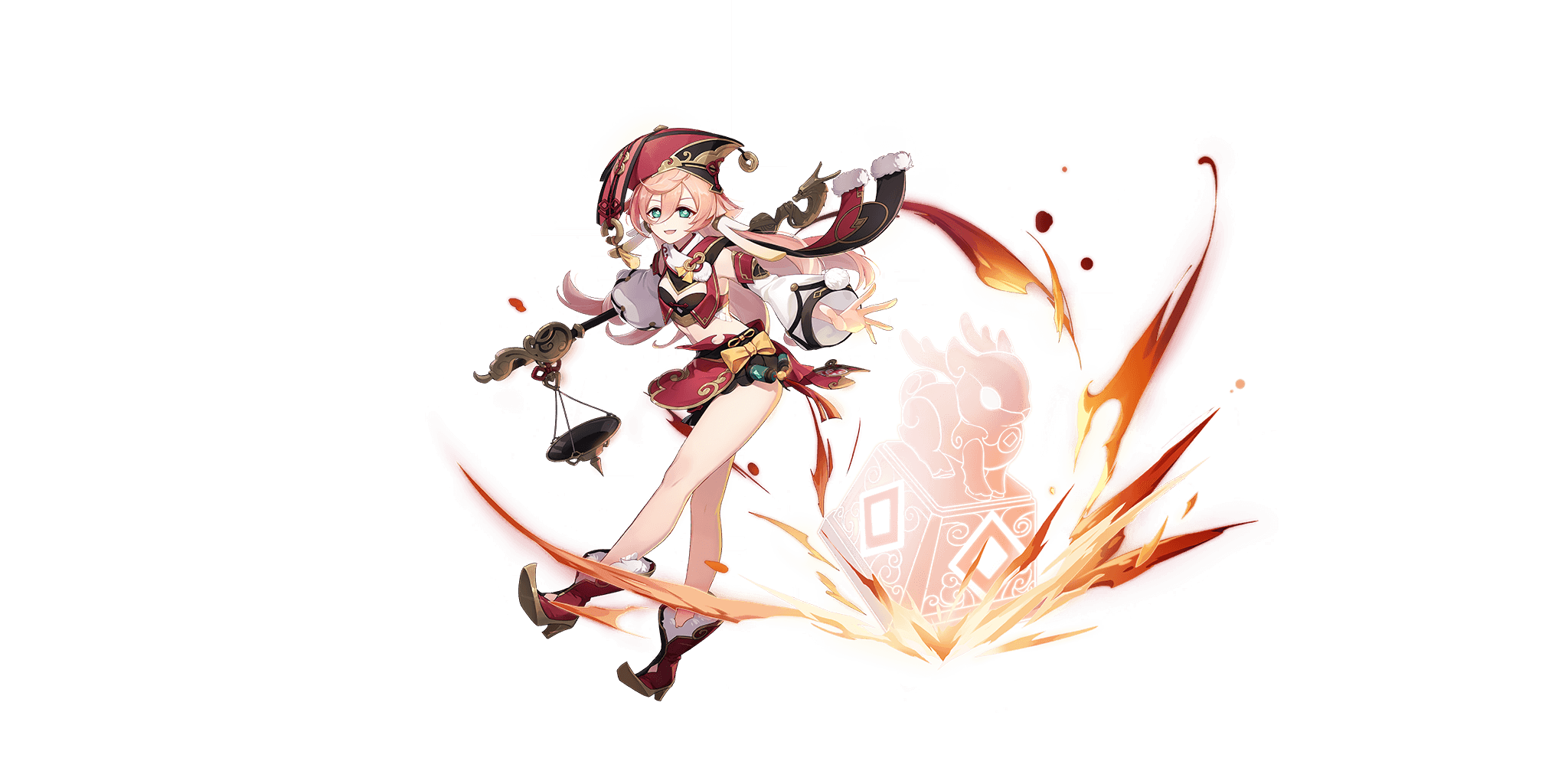 Both Yanfei’s abilities scale off ATK, and basically she’s like a bootleg, older version of Klee. Except instead of a bomb, she drops a giant stamp on you.

Normal Attack
Shoots fireballs hat deal up to three counts of Pyro DMG.
When Yanfei's Normal Attacks hit enemies, they will grant her a single Scarlet Seal. Yanfei may possess a maximum of 3 Scarlet Seals, and each time this effect is triggered, the duration of currently-possessed Scarlet Seals will refresh.
Each Scarlet Seal will decrease Yanfei's Stamina consumption and will disappear when she leaves the field.

Plunging Attack
Gathering the power of Pyro, Yanfei plunges towards the ground from mid-air, damaging all opponents in her path. Deals AoE Pyro DMG upon impact with the ground.

This is her bread and butter. Normal Attacks give her a seal, stacking up to 3 times. More charges she gains, less stamina she uses for Charged Attacks and they do more damage. Each seal lasts 10s independently.

When Yanfei consumes a Scarlet Seal by using a Charged Attack, each Scarlet Seal will increase Yanfei's Pyro DMG Bonus by 5% for 6s. When this effect is triggered again while its current duration lasts, it will dispel the previous effect.

IMPORTANT TIP: IT OVERRIDES THE LAST BUFF. So if you were to first stack 3 seals then Charged Attack, then your Pyro DMG% will gain receive 15% Pyro DMG Bonus. However, if you then stack 2 seals and Charged Attack, it will remove the 15% bonus you received and grant 10%.

You’ll know how many stacks were consumed, as it shows a giant white number on Yanfei when you do.

When Yanfei's Charged Attacks deal CRIT Hits, she will deal an additional instance of AoE Pyro DMG equal to 80% of her ATK. This DMG counts as Charged Attack DMG.

The only gripe with this (not really a big issue though) is that the second pulse sometimes makes it tricky to properly proc a melt reaction to maximize the damage, as it will apply Pyro. Not too significant, but can be annoying for those who like to min-max.

Yanfei just blows up the area infront of her, doing AoE Pyro DMG. This grants you max seal stacks.

IMPORTANT TIP: Start with E into Charged Attack for every fight! That way you can maximize your initial burst going into a fight, or even a rotation. If you have C6, then it’ll grant 4 seals.

Triggers a spray of intense flames that rush at nearby opponents, dealing AoE Pyro DMG, granting Yanfei the maximum number of Scarlet Seals and applying Brilliance to her.

Brilliance
Has the following effects:

The effects of Brilliance will end if Yanfei leaves the field or falls in battle.

She seals the deal by dropping a giant stamp on her enemies doing massive AoE Pyro DMG, and granting a Charged Attack buff + generates seals.

To better explain: During the 15s duration, Yanfei will have the “Brilliance” buff which gives her a Charged Attack buff and generates a seal every second. You can roughly get 4 fully stacked Charged Attacks during this buff, so maximize it during opportune burst windows etc…

Her third Normal Attack has a slower animation, so it’s much faster to spam 2-1 which leads to more DPS overall. Obviously you can use 1-1 if you want to chain reactions faster.

Example: At 2 stacks, you’ll get 30% (15% per stack) reduced Charged Attack stamina consumption and her Charged Attack damage will be 133% of her ATK.

THE SEALS DISAPPEAR IF YOU SWAP OUT. 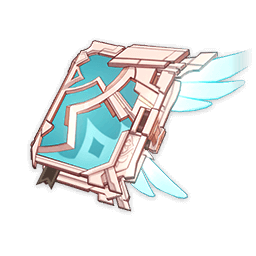 Has base ATK% scaling and weapon skill enhances everything in her kit. Weapon skill is also really nice when it hits.

Skyward Atlas is typically much better than Lost Prayer if you’re running a rotation heavy team like a reverse melt comp, as you won’t be able to maximize Lost Prayers buffs (due to swapping). 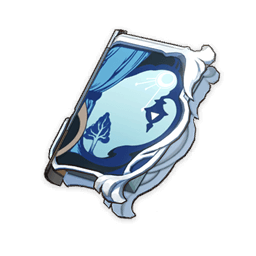 When a character takes the field, they will gain a random theme song for 10s. This can only occur once every 30s.

Has base CRIT DMG scaling and amazing damage for setting up burst after your team rotation.

The Widsith’s buffs + CRIT DMG allow for extremely strong burst rotations, and can be utilized well in melt/reverse melt comps. The 20s downtime is unnoticeable, since you’ll be swapped to your other party members, and will most likely be up by the time you return to Yanfei.

At higher refinement, The Widsith is by far the best performing 4-star catalyst for Yanfei.

Increases Movement Speed SPD by 10%. When in battle, earn a 6/8/10/12/14% Elemental DMG Bonus every 4s. Max 4 stacks. Lasts until the character falls or leaves combat.

Lost Prayer is still good if you’re running a less reaction heavy comp, and simply running a sustained DPS Yanfei (can still work great in a reaction comp though!). 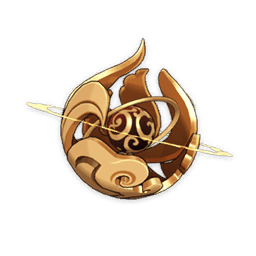 Solar Pearl is a close second for it’s CRIT% (making it less painful for bad artifact rolls) + grants a great amount of Elemental DMG% which is easy to sustain. 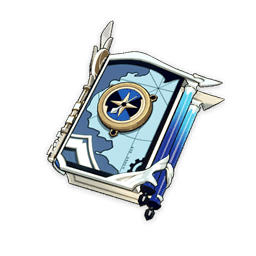 A great F2P alternative is Mappa Mare, which grants a nice chunk of EM and Elemental DMG% for reaction comps. 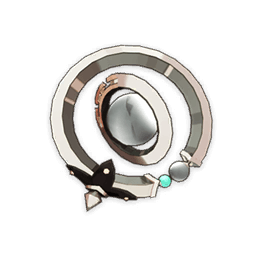 Boosts all her damage + boosts her Pyro DMG tick AND increases melt/vaporize damage.

Although you can’t maximize the stacking bonus from the 4-set, the increased bonuses to vaporize/melt is more than worth it. If you’re taking Yanfei with a reverse melt reaction comp, then this is by far the best set.

Focus on EM > ATK% if you’re running a reaction comp (for both Sands and for substats!)

If you’re not really into the rotation heavy playstyle of reverse melt, or just enjoy simplistic gameplay, then Lavawalker will be the best alternative. Since Yanfei’s entire kit applies Pyro DMG, it’s basically a 100% uptime on the DMG buff.

If you’re running a shielder comp, 4-set Retracing Bolide will be much better for overall tankiness but also boosting her A4 + Charged Attack damage.

Increase the effectiveness of shields by 35%.

Gain an additional 40% Normal and Charged Attack DMG while under the protection of a shield.

4-set Wanderer’s is also extremely viable if you have the pieces, and if you still want to have some reaction in your comp this will be the set for you.

Focus on EM > ATK% if you’re running a reaction comp (for both Sands and for substats!)