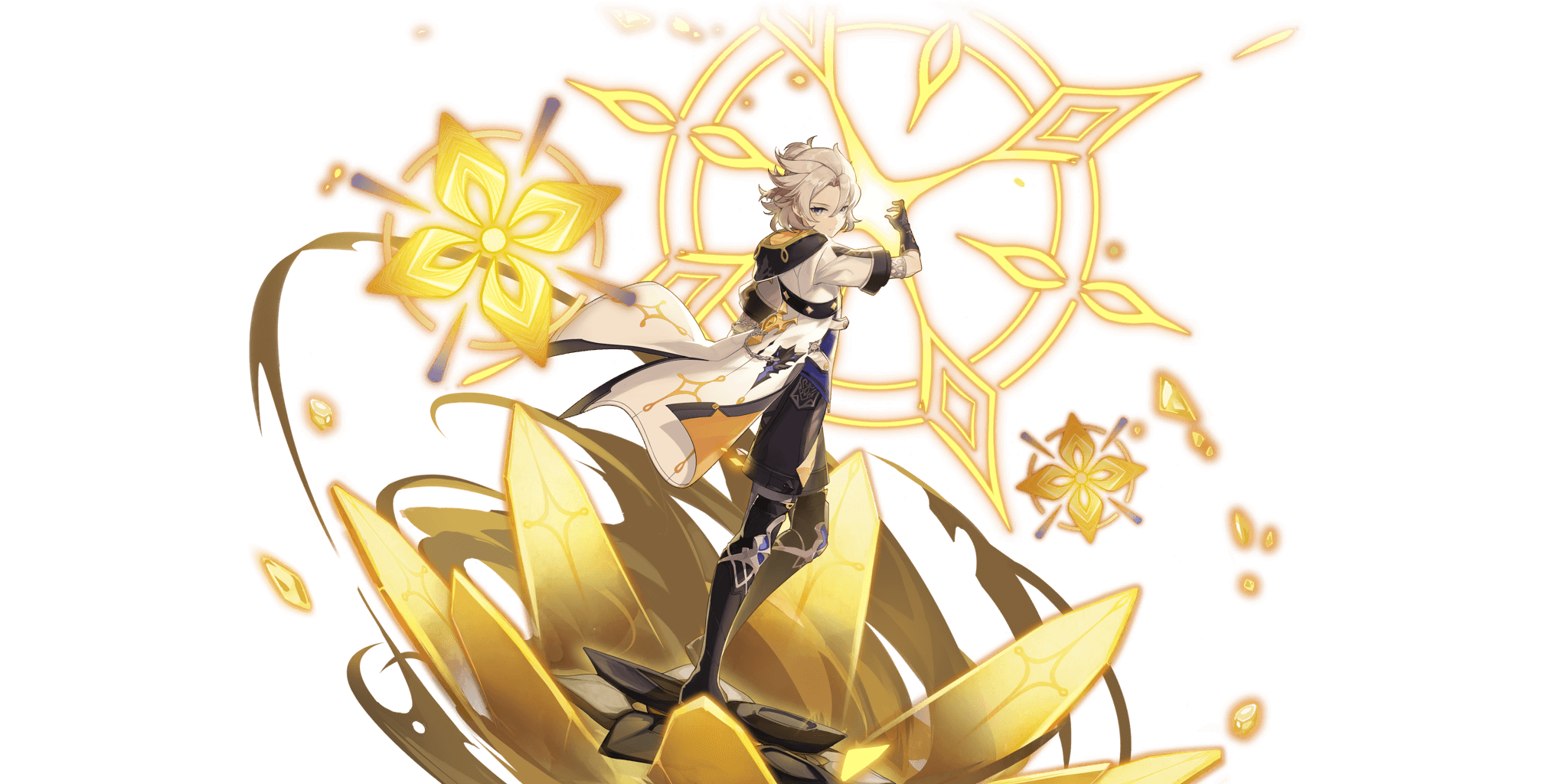 A DPS and their Supports have a unique relationship: DPS bullies the Supports into doing their homework, then hands it in to look like they’re really smart — that is a DPS.

Both Albedo’s abilities scale off ATK, but DEF can play a huge role depending on his constellation. He can practically bring anything to life, but chose a frickin ROCK FLOWER… b r o.

Solar Isotoma
Has the following properties:

Hold to designate the location of the skill.

This Geo bloom has an unusual property mirrored in the aim of alchemy. To rise from the earth, soar into the sky, and become the sun.

Man literally plants a Geo flower into the ground, doing AoE Geo DMG and creates a field. Hold to choose placing location. YOU CAN STAND ON THE CENTER OF THE FLOWER TO MAKE IT INTO AN ELEVATOR! Slap enemies inside the field to do some extra Geo DMG.

The E can be very sensitive, so make sure you don’t accidentally cancel your combo’s or lose aggro because you stepped on the flower!

The transient blossom procs are essential to his kit, but it does not mean you should double-down on DEF% main stats unless you’re strictly planning on centralizing your build on E. A single DEF% Sands will be more than fine!

Transient Blossom generated by Abiogenesis: Solar Isotoma deal 25% more DMG to enemies whose HP is below 50%.

Under the Kreideprinz's command, the tectonic tide of creation seethes into life.

IMPORTANT TIP: You do NOT need to be in the field to cause the 7 Geo explosions. His E just has to be spawned, and you can cast Albedo’s Q anywhere to cause the explosions!

JUST MAKE SURE ALBEDO’S E IS OUT BEFORE YOU Q!

Using Rite of Progeniture: Tectonic Tide increases the Elemental Mastery of nearby party members by 125 for 10s. 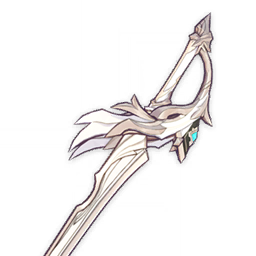 Has base Phys DMG% scaling and basically the weapon skill wipes the floor.

Here are the damage comparisons: 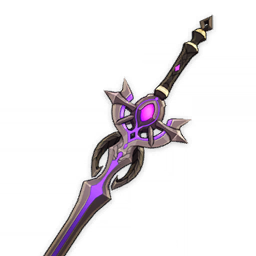 Has base Energy Recharge scaling and the weapon skill affects both initial E + transient blossom procs (effect stays even after swapping). 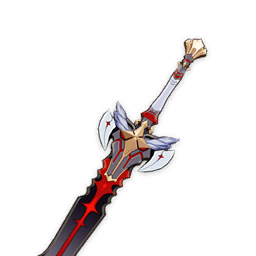 The Black sword if you’re leaning more towards a damage oriented build (where you don’t mind having Albedo on the field). 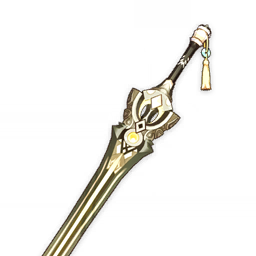 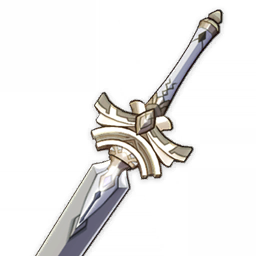 Harbinger of Dawn is also an easy sword to refine/level. Just make sure to basically stay 100% HP, or you’ll lose a lot of CRIT% (which effectively also punishes your CRIT DMG).

18%+ ATK benefits everything, but more so because Albedo’s kit revolves around normal attacking.

Upon obtaining an Elemental Shard created through a Crystallize Reaction, all party members gain 35% DMG to that particular element for 10s. Only one form of Elemental DMG can be gained in this manner at any one time.

Burst just hurts more, and you buff your team (got team!).

Archaic Petra is also great, but just be aware of picking up wrong element-infused crystallize gems — otherwise your DPS will never benefit from the 4-set bonus. Noblesse is just a much easier, safer buff (if you’re used to Archaic Petra, go have fun).

Upon obtaining an Elemental Shard created through a Crystallize Reaction, all party members gain 35% DMG to that particular element for 10s. Only one form of Elemental DMG can be gained in this manner at any one time.

Can run The Exile set for earlier support builds as well, as it will basically turn Albedo into an overkill energy recharger.

However, support Albedo can also run a more damage heavy setup if they really wish to.

C2 Albedo changes things for both burst DPS and Support Albedo, as it does give some precedent to getting DEF%/DEF substats. Not worth enough to replace Geo DMG% or CRIT values, but it makes getting DEF substats more tolerable (as your E proc’s and Q damage does increase).