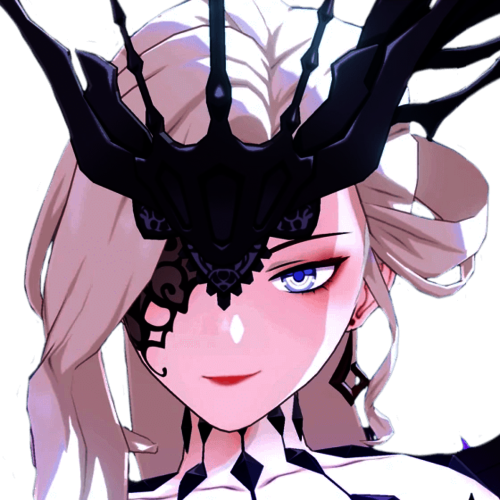 Rosalyne-Kruzchka Lohefalter, also known as "La Signora" and by her alias "The Fair Lady", was No. 8 of the Eleven Fatui Harbingers, and a supporting antagonist in the early chapters of the Archon Quests. She is the first Harbinger to appear in the game when she ambushes and overpowers Venti to steal his Gnosis. Her attack leaves a lasting impression on the Traveler, who greatly distrusts the Fatui and their intentions after witnessing said event.

Five hundred years ago, before she became a Fatui Harbinger, Rosalyne was an ordinary young woman from Mondstadt. When her lover Rostam was killed during the cataclysm, Rosalyne was consumed by despair and hatred and used the art of liquid fire to transform her body into that of living flame, thereafter becoming known as the Crimson Witch of Flame.