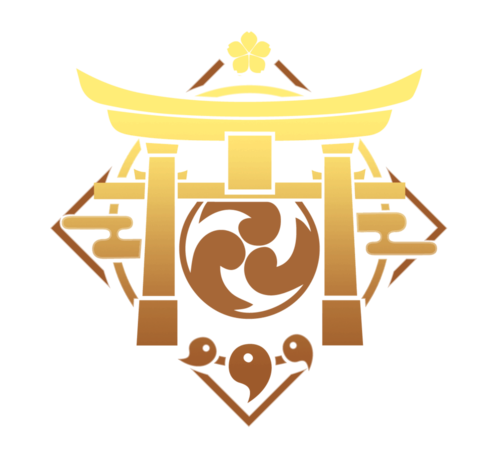 Inazuma is one of the seven nations in Teyvat.
It is the city-state that worships Baal, the Electro Archon, who is also the leader of its governing body, the Inazuma Bakufu.
In the past year relative to the current events of the game, the situation in Inazuma has made a drastic turn towards isolationism, locked down under the Sakoku Decree. Baal also enacted the Vision Hunt Decree, declaring that Visions, as gifts from the Gods, should be in the sole hands of divinity and is now rounding up all Visions in Inazuma to inlay them in the hands of a statue of the Thousand-Armed, Hundred-Eyed God.

Atsuko, an Inazuman who escaped to Liyue, describes the country as having a "tense" and "dangerous" environment and discourages traveling there; she also remarks that the Kanjobugyo, one of the Tri-Commission, conduct many assessments that citizens must pass in order to be given permission to leave Inazuma. She bypassed those assessments by making her own raft and fleeing to Liyue. However, the Fatui seem to be able to freely enter and exit due to their diplomatic immunity.