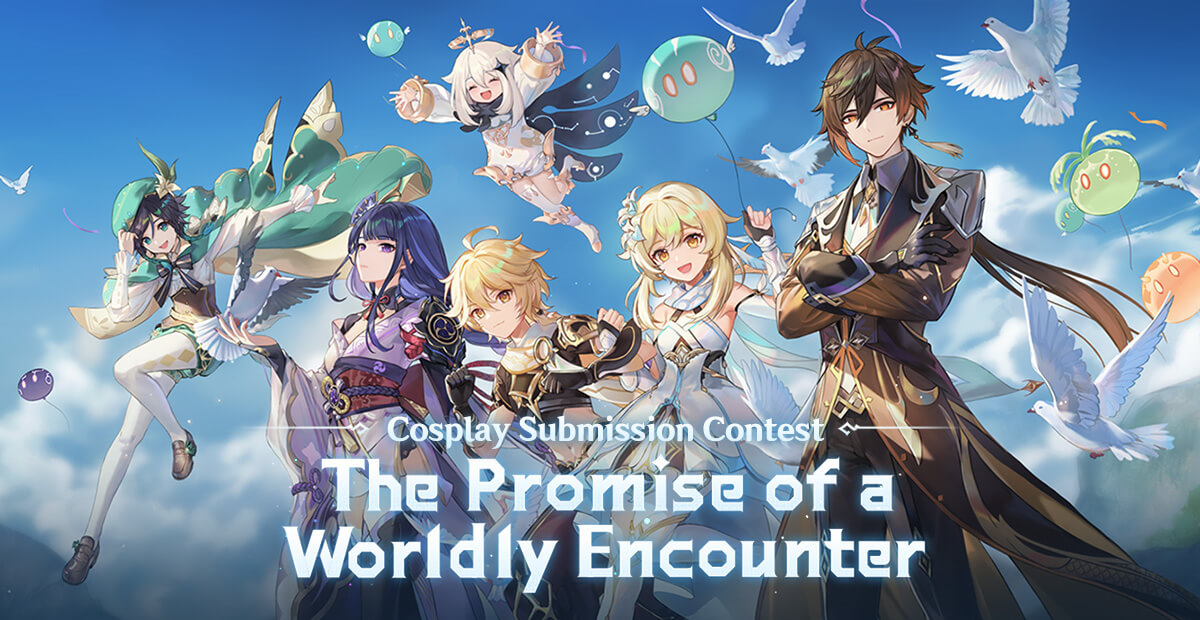 "The Promise of a Worldly Encounter" Cosplay Submission Contest

1. Create a Genshin Impact-related cosplay based on the "Happy First Birthday" theme.

3. Traveler participation is deemed successful once the two steps above are completed~

This Submission Contest will introduce a new voting feature. Click on the "Vote" button next to the submitted works at the bottom of the page to vote for your favorite works~

Note: Each Traveler has 20 votes per day, and can only vote for the same work once.

2. Image submissions should be JPGs, PNGs, or GIFs with file sizes under 10 MB, and must be recently created (within one month).

3. Participants can post a maximum of five submissions, and each submission cannot be submitted twice. If a Traveler submitted multiple entries, only the highest prize will be awarded.

4. Works of the following nature will be removed by our staff: inappropriate and other illegal content, content that does not conform to the original setting, works that plagiarize or defraud the work of other creators, those with no relation to Genshin Impact, works that contain any form of advertising, and those which seek to spread malicious rumors or discredit the game or its characters.

1. The Judges' scores will be based on aspects such as the completeness, aesthetics, and how well the entry stays true to the background of Genshin Impact. At the same time, the number of votes and popularity of the works will be taken into account to a certain extent. If a participant has more than one winning entry, only the highest prize won will be awarded.

2. The Shining Star and Burning Star awards will be awarded by the Judges based on the above aspects upon comprehensive consideration. Therefore, it is possible that not all awards will be given out.

3. The Beloved Star awards will be awarded based on the highest number of votes among all works compliant with the event rules, taking into account the degree of completion of the work.

1. Travelers, please pay attention to System Messages, as information of merchandise prize-winners will be sent out via such messages. We ask prize-winners to provide their shipping address according to the prompts stated in the system message. Prize-winners who have not provided their address within one month after the system message is sent will be deemed to have voluntarily forfeited their prizes.

2. Please go to Account Info > Redemption Information to fill in your Genshin Impact UID ahead of time. If winning Travelers have not filled in their UID after the results are announced, they will be deemed to have forfeited their Primogems reward.

Q1: Can PlayStation players participate in the event?

A1: Yes, you can link your account according to the following announcement: https://www.hoyolab.com/genshin/article/533197