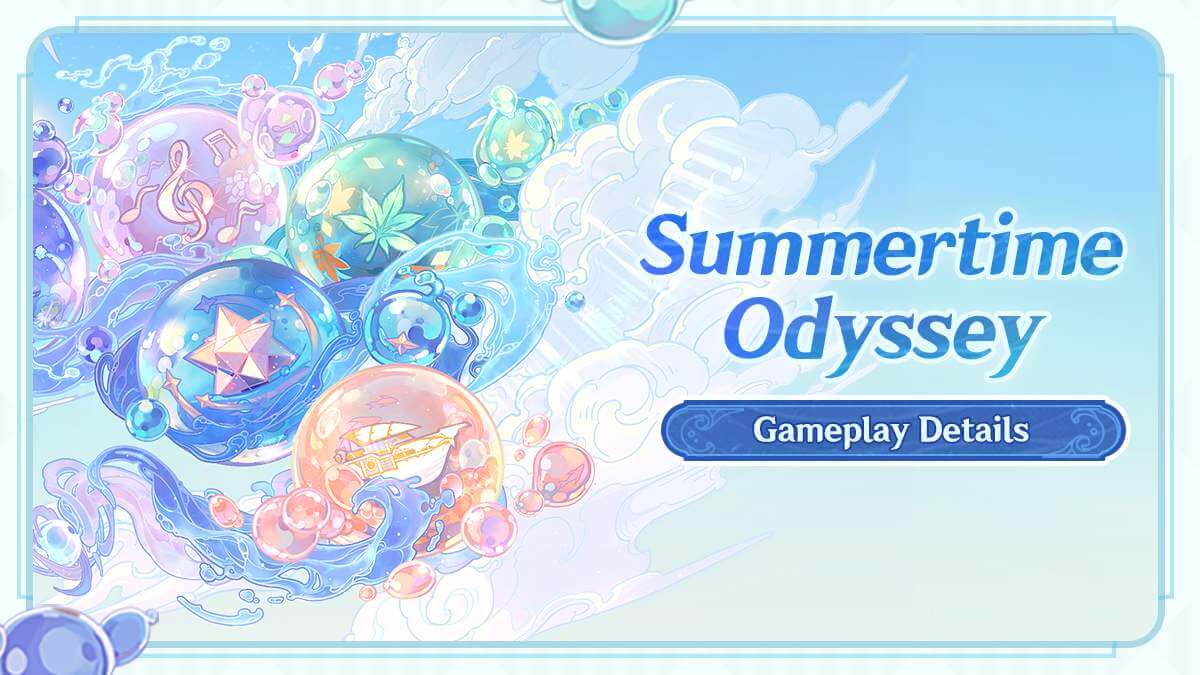 During the event, complete the specified quest to unlock "Surfpiercer" and "Phantom Realms." Complete corresponding challenges and quests to obtain rewards such as Primogems, Hero's Wit, and Mystic Enhancement Ore.

Navigate and follow the objective markers to pass through golden track banners and reach the final destination.

Gather green orbs to charge up to 3 stacks and activate a more powerful Surfrider's Surge that allows you destroy certain obstacles on your way and find shortcuts.

With your Surfrider's Surge, you can destroy small and large obstacles, fences, hot air balloons and small floating towers.

You can use a special combat skil in "Misty Hills, Foggy Vales" to deal DMG to opponents in a fixed AoE.

The CD of this ability can decreased by using Elemental Skills and Bursts or Talents.

3 types of Verdure will randomly appear and can be picked up to gain different buffs.

Allegro Blooms and Tremolo Florets can be found in the The Island's Stirring Strings.

Activate Allegro Blooms to create wind currents that will enhance your Plunging Attacks and unleash a shockwave dealing damage in a fixed AoE.

The Nachtsraben's Regard will randomly descend upon the "Immernachtreich Keep" during combat. Characers will obtain the corresponding buffs entering the AoE of the Regard.

There are 3 forms of Nachtsraben's Regard:

Temple of the Star Latitudes

The temple dome in "Temple of the Star Latitudes" will display key astrological signs. Each star corresponds to a mechanism in the temple. Find the brightest star and activate its corresponding mechanism to solve the puzzle.

Activating a mechanism during combat will provide a random buff

You can also obtain a Fischl by collecting 2,400 Iridescent Flotsam!