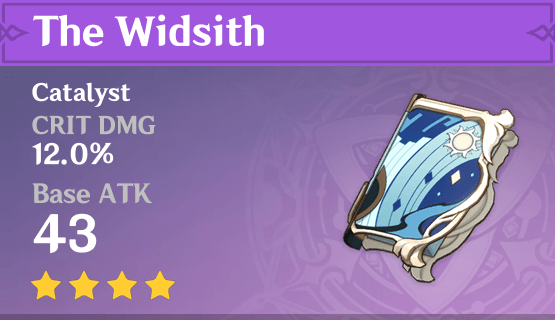 A notebook that was shared among the members of the Wanderer's Troupe. It contains musical score and travel journals.
The history of the troupe had been lost, since it was disbanded before Mondstadt was rebuilt.
The notebook records the experiences of the Troupe, the lands they roamed and the worlds they witnessed.
It siphons great power from the records of the Troupe's performance as well as the cheering of the crowds they performed for.

The Wanderer's Troupe was founded during the reign of the Aristocracy.
Many referred to it as the Swordsman's Troupe — some out of hope, others out of fear.
Even poems and songs were denied the right to freedom in that era.

For flutes they had swords, for harps they had bows, and their song was an anthem of rebellion.
Their final act was an attempt to storm the city and impose the death sentence upon its tyrannical rulers.

The Swordsman's Troupe had gone, and with it the memory of their rebellion.
But the spirit of resistance they embodied will always flow in Mondstadters' veins.