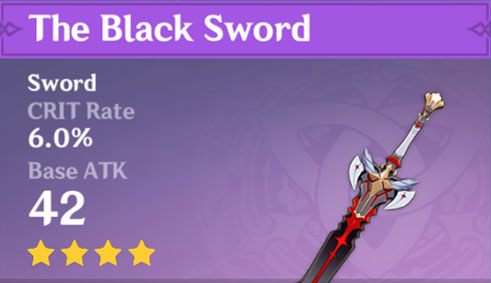 A blade that thirsts after fresh blood will be awakened by its scent.
Those who possess, wield and nourish it will keep killing.
Till even a pure soul is blackened by bloodshed...

There once was a bright white knight, who longed ever for the path of justice.
Clad in burnished armor, a mirror-sheen sword hung from his hip.
Wherever there was injustice, man—eating beast, or fire in the distance,
The Knight would ride up in haste, to cut, slash, and pierce.
Following the teachings of the Wolf Pup, who taught him chivalry,
justice and swordsmanship,
He cut, slashed and pierced them from head to toe...
Till justice had run its course, and the monster moved no more.

"I began to lose myself in cutting, slashing and piercing."
"When my blade‘s edge met my foe's flesh, it sent a tingle up my spine."
"Ah, I thought. That must be the feeling of justice getting its due."
"As long as I cut, slash and pierce the evil in this twisted world,"
"Someday, someday, it shall all be cleansed."

Cut. Slash. Pierce. Thus will you see justice done!
Though the white flowers the maidens offer you should be bloodied black, though your sword should no longer gleam bright,
Though your fair countenance should turn hideous, and you should be forced to don an iron mask.
Though those you defend cannot understand you, cease never!

And so, the black-stained knight persisted on his path, pursuing monsters in the name of justice.
Until he came upon an ancient, ruined realm, where he discovered the ultimate injustice...