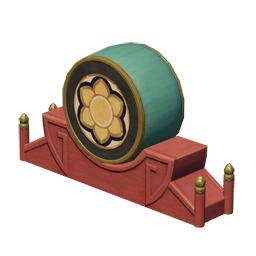 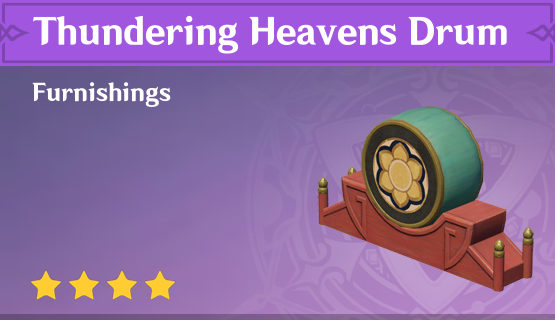 This kind of war drum used to be a feature of every major mountain pass in Liyue, where it served as an important piece of equipment for the Millelith. When enemy forces approached, the sentries would sound the war drum as a warning and the troops would assume battle formation. The thunderous sound of this drum would also be heard when the troops departed on a campaign, booming out so loud that one imagines it echoed throughout the heavens.

Today, however, the people of Liyue live in peacetime, and the Millelith's signal-transmission techniques and systems of issuing orders have moved on. As a result, war drums have disappeared from the military and taken on a new role as a symbol of good fortune in various festivals.