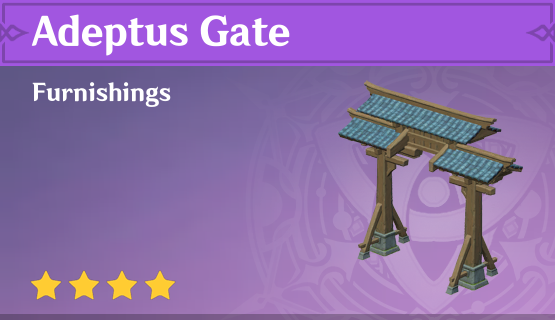 A building that was known of old as the "Adeptus Gate," and which is often placed at the entrance to cities and towns. Though it does not actually block anything, it does serve to deter monsters nonetheless.

It is said that the very first Adeptus Gates were set up by Rex Lapis himself with the combined power of the various adepti, with the three-layered roof representing the "illumination" of the adepti.

The people Liyue mostly hold firmly to such beliefs, save for a certain consultant from Wangsheng Funeral Parlor, who will insist that it was the Millelith guarding the gate who truly struck fear into the monsters' hearts.