Legend of the Shattered Halberd (IV) 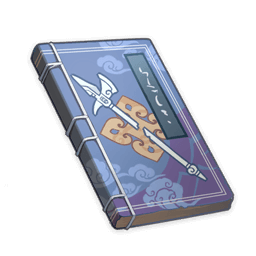 "Calm down, my son. Listen, Mir. I am not your real father…"

The once Minister of Imperial Banquets was, in truth, Khan the Asura from Jotunheim. Leaving the capital was but an act in collaboration with the Minister of Ceremonies and the Grand Secretary to protect the daughter of the Celestial Emperor.

"The late Celestial Emperor Shenxiao, the now Contra Mundi, was once a dear friend of mine. But now, knowing that you successfully summoned her, all my wishes have been fulfilled."

Even a Buddha or an adeptus would have found themselves powerless to do anything in this situation.

‘This is the Sword of Flame, the ‘Katakugosha.’ It was made from the shard of the Divine Halberd that was the Dharani of the fire realm. Sorry… in language that Your Majesty would understand, it’s made with the runes of the fire realm, one of the God King’s nine realms.”

How could this westbound warrior display such mastery of the sword? Most who had been stripped of their intellect by an Ominous Sword lose their fighting instinct and any martial arts they had learned.

Weiyang nursed her broken arm and panted in the scorching hot air. Normally her abilities would enable her to fix broken bones, but the unquenchable flames burnt relentlessly at her wound. Her sight grew blurry as she lost blood. Mir stepped in front of her, guarding her from the warrior.

“I can see that you have a lot of questions. Fine, I’ll tell you everything! I killed your father because he tried to stop the resurrection of the God King. And the reason I can manipulate the fire realm runes rather than the other way round is because…”

The warrior from the east raised the Ominous Sword. “Is because I am a warrior of Hunt From Above made flesh…”

Legend has it that the Celestial Emperor once went to war with the Asura. To prepare for the war, the Celestial Emperor selected soldiers from three realms and made them ascend to become his celestial army after death. Sometimes, they were beset by inclement weather on the marsh, with thundercloud tornados surrounding them. The people of Zhongzhou referred to it as the soldiers of the celestial army “hunting from above”.

“No... Impossible!” A look of disbelief appeared on the warrior’s face as the Ominous Sword broke into pieces, and he, too, was sent flying from his own shoulders towards whatever destiny had in store for him next.

In the chaos, Mir had brought out the sword his father had left him as inheritance. It was intended as more of a gesture of defiance than a genuine attempt to fight back. But unbeknownst to him, this was the greatest cursed sword of all, that had once burned the entire world to cinders: Laevatain. If the fire-realm runes constituted the mystery of the fire realm, Laevatain was its pure, unadulterated, unquenchable reality.

The sword had extinguished after the world was burned, but having assimilated the rune of the fire realm, it burned bright once more.