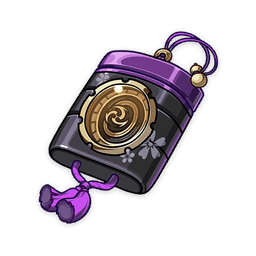 In the distant past, when Seirai Island had yet to be shrouded by storm clouds, memories would rise and fall like breaths.
In the end, the elegant container that contained thunderstorms and tremors could not be handed over to the one to whom it was promised.

"Did you come to me because the string is broken again? You're such a headache."
"Other than your swordsmanship, you're just an idiotic old gambler, aren't you?"

"Hmph. Don't you look down on me. I learned my archery from a tengu, you know? It's pretty famous too."
"It's just that I'm too good with a sword, you know? That's why no one ever talks about my archery."
"Actually, now that I think about it, that's such a waste of good archery. How about I teach it to you, then?"

"Please. You're already a Hatamoto with important responsibilities. Why are you still running around looking for trouble?"
"And you're already married too, to a sweet wife no less. Why do you spend your days wandering and gambling, huh?"

You're already...
The question was on the edge of your lips, but you were unable to ask, and you decided to never bring it up again.
If the Lady Saiguu had been here with you, she would surely have put it in a clever and merry way...

"It doesn't matter anymore. I gave myself a holiday, at least for today."
"Let's leave that whole shrine business behind and sneak off to the seaside, just like we did when you were little."

And so he dragged you to the harbor, where you watched the ships sailing back and forth, as if in a trance.
You listened to him talk about Teruyo of the shrine, and how she had inherited her master's beauty and skill.
You listened to him talk about his terrifying nightmares, in which he cut off his own head...
But you both knew that those were just words to hide the melancholy of adulthood.

Later, a long time later,
Overlooking the mossy reefs and the harbor where the two of you once had that quiet rendezvous...
For the gambler to win his bet again, for the sake of praying for his safety...
Once again, you dared to stand upon those heights, holding up the seal cage that you made with your own hands.
Bearing the hope of retrieving those memories, you gathered the power of thunder and lightning.