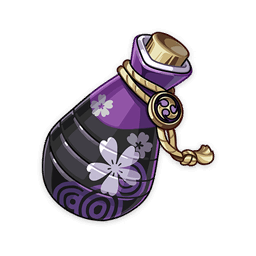 With his secret sword technique, Tengu Sweeper, Iwakura Doukei became the Kujou Clan's swordsmanship instructor.
He also received the title of "Douin" and founded a successful sword school.
As he headed off to take up his post at the Kujou Estate, Doukei, who had long learned how to drink,
Stepped into the branch shrine that had been utterly destroyed by his completion of the Tengu Sweeper.
Here, in the courtyard of this abandoned branch shrine, he had sparred with the Tengu of Yougou ten times in the last thirteen years.
He remembered his encounter of the black-winged tengu who had called herself "Teruyo of Yougou"...

The Sacred Sakura petals fell then, too, as if they were snow from the sky.
The branch shrine had lost the god it worshipped, but it was still in a fine state.
Laughter as clear as spring water echoed between the mountains.
But never again would the two set foot in that desolate yard.