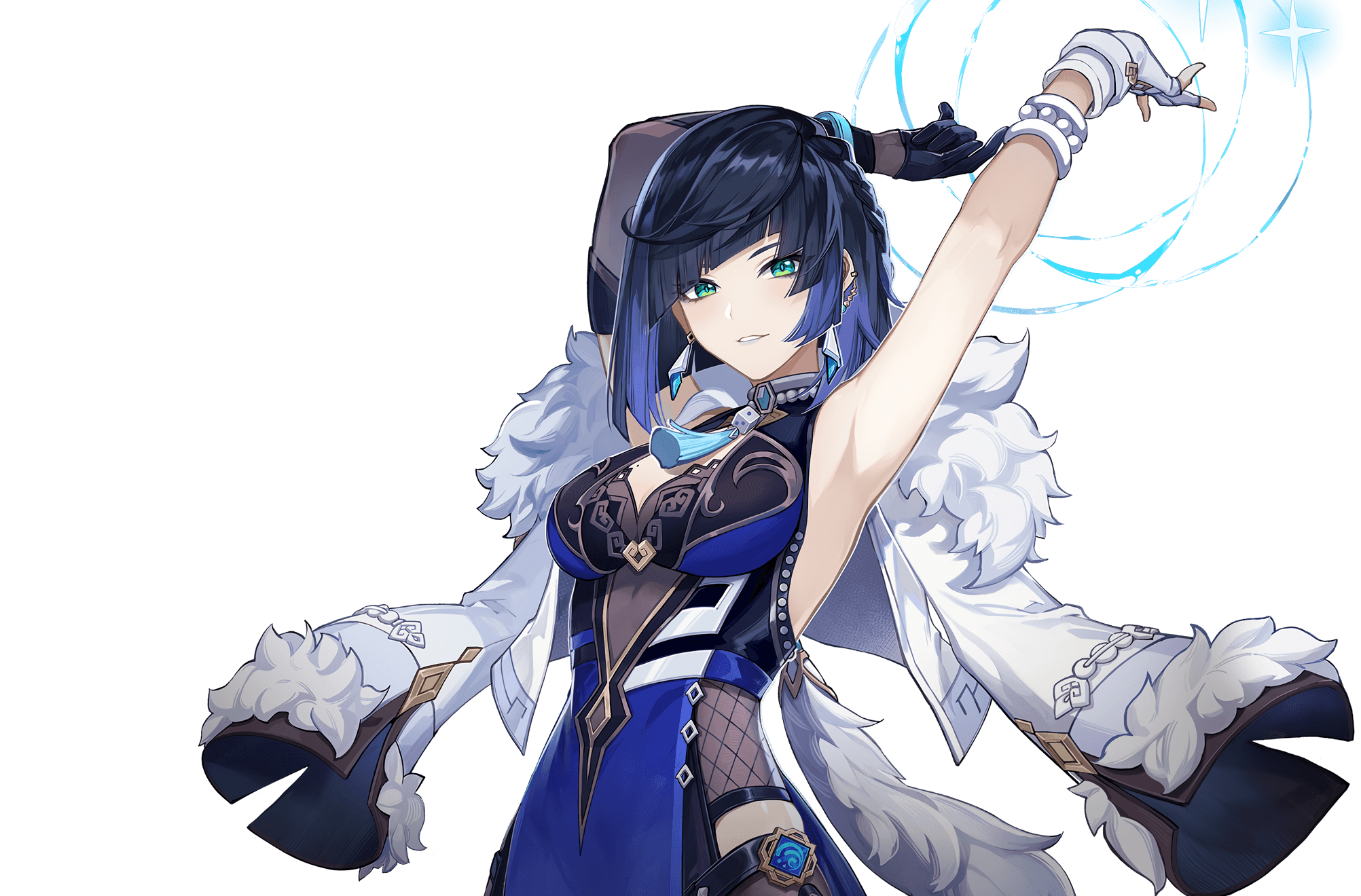 Elusive, enigmatic, erratic - all of these are Yelan's hallmarks.

Normal Attack
Performs up to 4 consecutive shots with a bow.

Breakthrough
Yelan will enter a "Breakthrough" state after spending 5s out of combat, which will cause her next Charged Aimed Shot to have 80% decreased charge time, and once charged, she can fire a "Breakthrough Barb" that will deal AoE Hydro DMG based on Yelan's Max HP.

Fires off a Lifeline that allows her to move rapidly, entangling and marking opponents along its path.
When this rapid movement ends, the Lifeline will explode, dealing Hydro DMG to the marked opponents based on Yelan's Max HP.

Hold
Engages in continuous, swift movement, during which Yelan's resistance to interruption is increased.
During this time, Yelan can control this rapid movement and end it by using this Skill again.

Additionally, each opponent marked by the Lifeline when it explodes grants Yelan a 34% chance to reset her Breakthrough state.

Deals AoE Hydro DMG and creates an "Exquisite Throw," which aids her in battle.

Exquisite Throw
Follows the character around and will initiate a coordinated attack under the following circumstances, dealing Hydro DMG based on Yelan's Max HP:

So long as an Exquisite Throw is in play, your own active character deals 1% more DMG. This increases by a further 3.5% DMG every second. The maximum increase to DMG dealt is 50%.
The pre-existing effect will be dispelled if Depth-Clarion Dice is recast during its duration.

Gains 25% more rewards when dispatched on a Liyue Expedition for 20 hours.