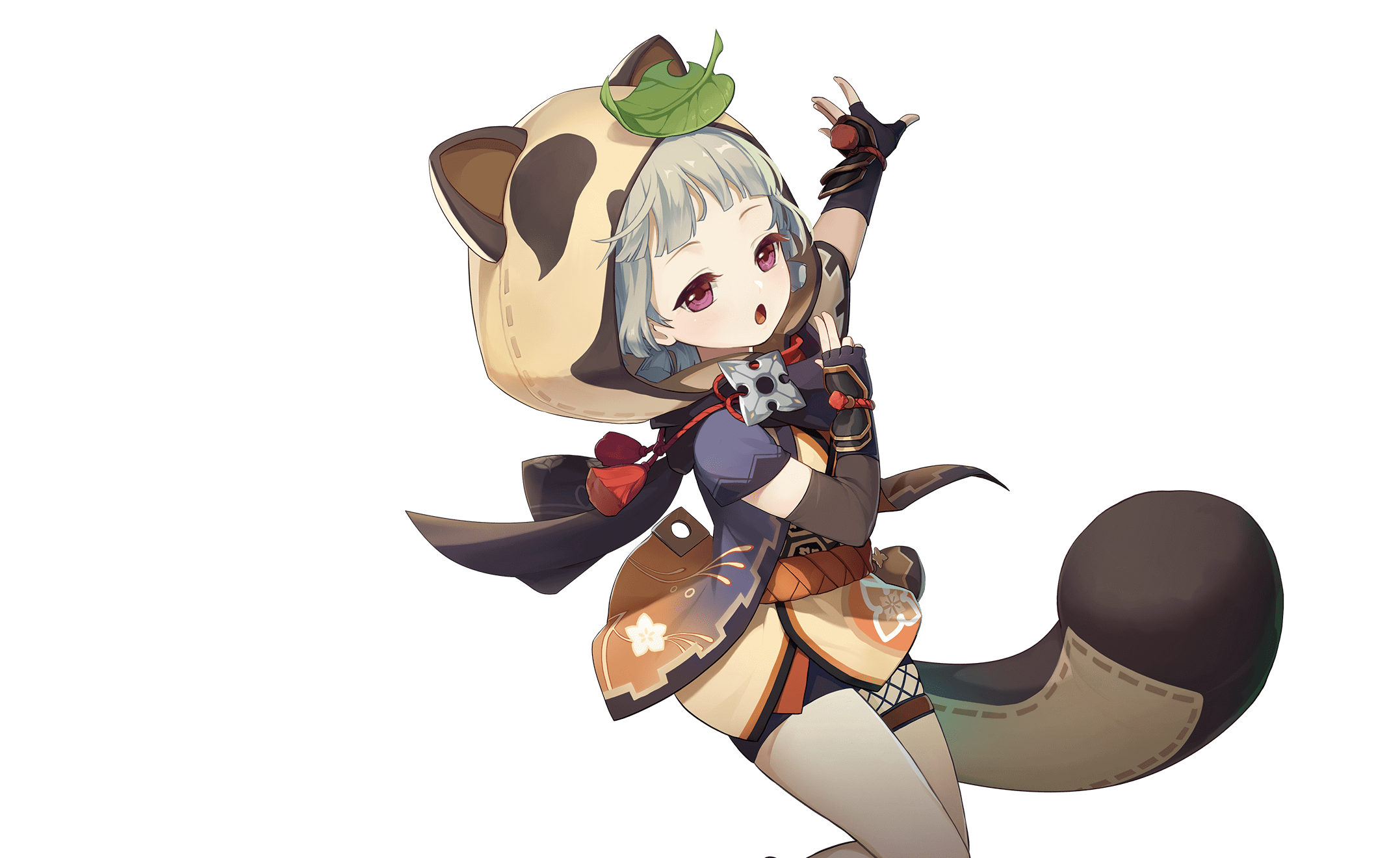 Perform up to 4 consecutive strikes.

Drains Stamina over time to perform continuous spinning attacks against all nearby opponents. At the end of the sequence, perform a more powerful slash.

Plunges from mid-air to strike the ground below, damaging opponents along the path and dealing AoE DMG upon impact.

The special technique of the Yoohoo Ninja Arts!

Curl up into a rolling Fufu Windwheel and smash into opponents at high speed, dealing Anemo DMG. When the duration ends, unleashes a Fufu Whirlwind Kick, dealing AoE Anemo DMG.

During this time, Sayu can control the direction of her roll, and can use the skill again to end her Windwheel state early and unleash a stronger version of the Fufu Whirlwind Kick.

The Hold version of this skill can trigger Elemental Absorption.

This skill has a maximum duration of 10s and enters CD once its effects end. The longer Sayu remains in her Windwheel state, the longer the CD.

Roll about continuously in the Fufu Windwheel state, increasing Sayu's resistance to interruption while within that state.

If Sayu comes into contact with Hydro/Pyro/Cryo/Electro while in her Windwheel state, she will deal additional elemental DMG of that type.

Elemental Absorption may only occur once per use of this skill.

The other super special technique of the Yoohoo Ninja Arts! It summons a pair of helping hands for Sayu.

Deals Anemo DMG to nearby opponents and heals all nearby party members. The amount of HP restored is based on Sayu's ATK. This skill then summons a Muji-Muji Daruma.

At specific intervals, the Daruma will take one of several actions based on the situation around it:

When Sayu is in the party, your characters will not startle Crystalflies and certain other animals when getting near them.

Check the "Other" sub-category of the "Living Beings / Wildlife" section in the Archive for creatures this skill works on.

Passive Talent 2: Go Find Someone Else~

When Sayu triggers a Swirl reaction while active, she heals all your characters and nearby allies for 300 HP. She will also heal an additiona 1.2 HP for every point of Elemental Mastery she has.

This effect can be triggered once every 2s.

The Muji-Muji Daruma created by Yoohoo Art: Mujina Madness will ignore HP limits and can simultaneously attack nearby opponents and heal characters.

Eh, the Bunshin Can Handle It

Increases the Level of Yoohoo Art: Mujina Madness by 3.
Maximum upgrade level is 15.

Sayu recovers 1.2 Energy when she triggers a Swirl reaction.

This effect occurs once every 2s.

Increases the Level of Yoohoo Art: Fuuin Dash by 3.

The Muji-Muji Daruma created by Sayu's Yoohoo Art: Mujina Madness will now also benefit from her Elemental Mastery. Each point of Sayu's Elemental Mastery will produce the following effects: