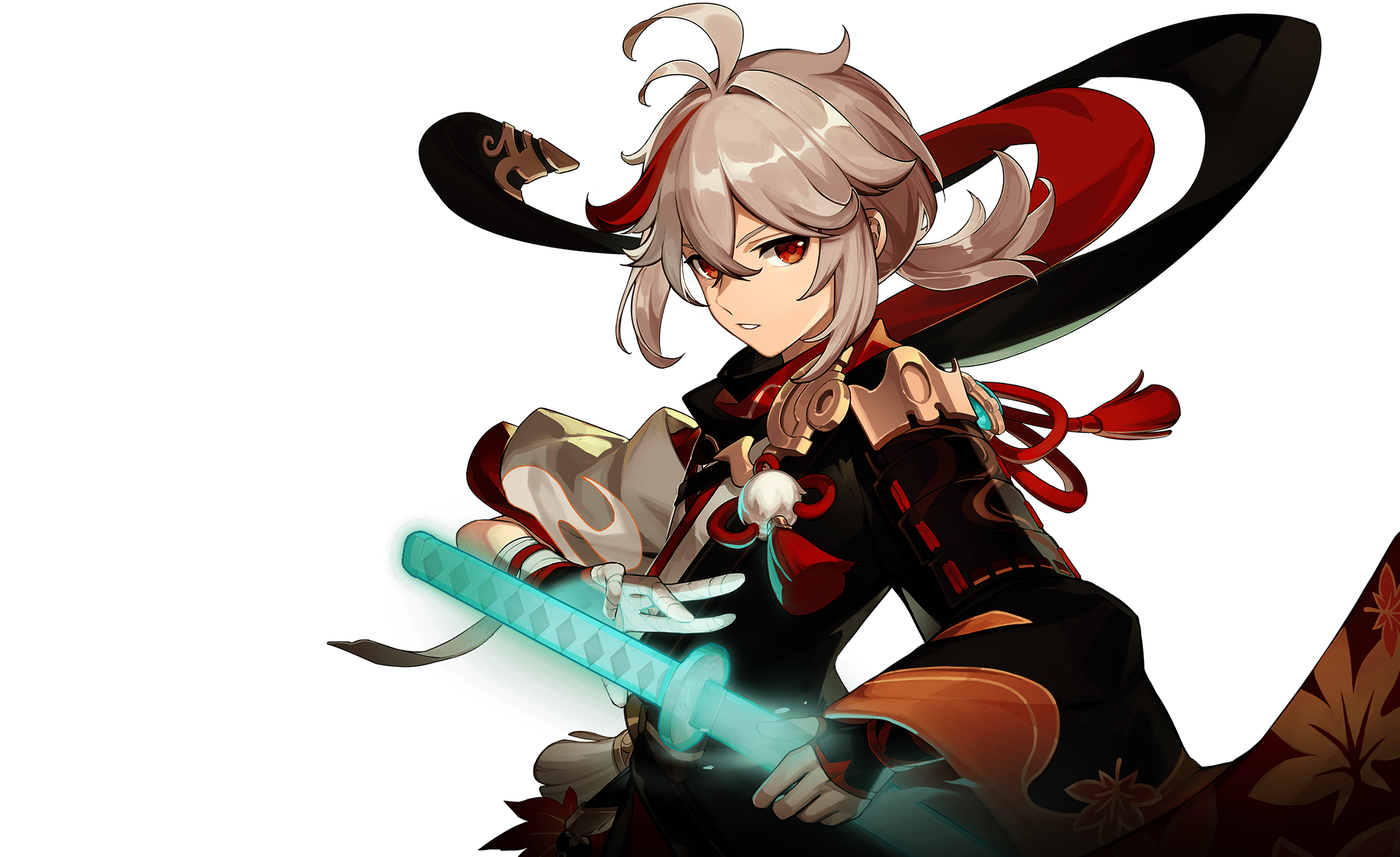 A wandering samurai from Inazuma with a modest and gentle personality.

Beneath a youthful and carefree demeanor lies a heart that hides a great many burdens from the past. Seemingly easygoing, Kazuha has his own code of conduct.

A wandering samurai from Inazuma who is currently with Liyue's Crux Fleet. A gentle and carefree soul whose heart hides a great many burdens from the past. 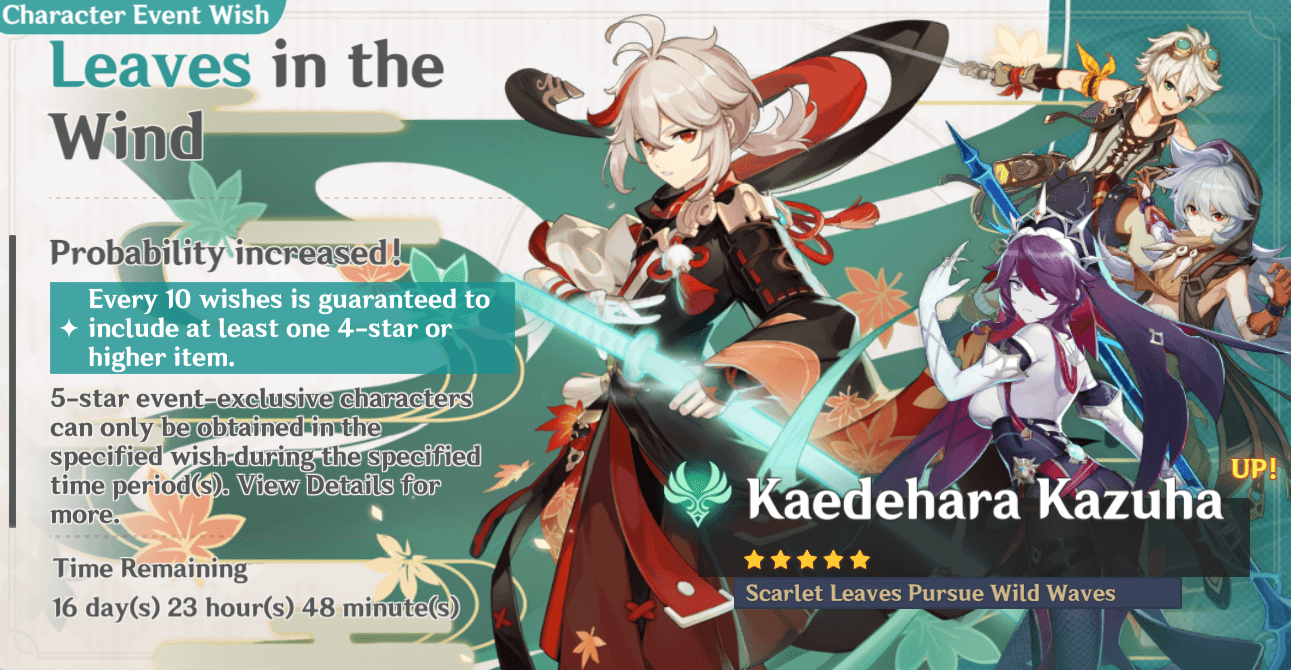 Plunging Attack
Plunges from mid-air to strike the ground below, damaging opponents along the path and dealing AoE DMG upon impact. If this Plunging Attack is triggered by Chihayafuru, it will be converted to Plunging Attack: Ranran Haishi.

Plunging Attack: Ranran Haishi
When a Plunging Attack is performed using the effects of the Elemental Skill Chihayafuru, Plunging Attack DMG is converted to Anemo DMG and will create a miniature wind tunnel via a secret technique that pulls nearby objects and opponents in.

Unleashes a secret technique as fierce as the rushing wind that pulls objects and opponents towards Kazuha's current position before launching the opponents within the AoE, dealing Anemo DMG and lifting Kazuha into the air on a rushing wind current.
Within 10s of being in mid-air due to the effects of Chihayafuru and if maintaining a mid-air state, Kazuha can unleash a particularly powerful Plunging Attack known as Ranran Haishi.

Tap
Can be used in mid-air.

Hold
Charges up before unleashing greater Anemo DMG over a larger AoE than Tap Mode.

"I see eternity go by in an instant, the autumns of many years from a single leaf. Thus I shall slice this maple in a flash, and ask a question of the ages"

Upon triggering a Swirl reaction, Kaedehara Kazuha will grant teammates a 0.03% Elemental DMG Bonus to their corresponding Element for every point of Elemental Mastery he has for 8s. Bonuses for different elements obtained through this method can co-exist.

Decreases sprinting Stamina consumption for your own party members by 20%.\nNot stackable with Passive Talents that provide the exact same effects.

The Ruka Akino field created by Kazuha Slash has the following properties:

The Elemental Mastery-increasing effects of this Constellation do not stack.

Increases the Level of Chihayafuru by 3.
Maximum upgrade level is 15.

When Kaedehara Kazuha's Energy is lower than 45, he obtains the following effects:

Increases the Level of Kazuha Slash by 3.
Maximum upgrade level is 15.